Set up a UG company in Germany

The main difference between a GmbH and a UG is the amount of capital stock. For a GmbH establishment you will need a capital stock of ​25,000 EUR​, a UG can be established with a founding capital of a token ​1 EUR.

With a UG – just as with the GmbH – your wealth is safe. In normal cases, the company is responsible only to the extent of its capital (§ 13 II GmbHG).

If the annual profit is not withdrawn from the company, a UG will pay less tax than a sole proprietorship or a partnership (for example GbR, KG or OHG).

4. Establish a company in Germany successfully and quickly

We assist you during the entire process of establishment. You can establish a UG company in Germany faster and cost efficient with our assistance.

Get our offer on establishing a UG in Germany:

Difference between UG and GmbH

Many of our clients ask the question, what exactly the differences between a GmbH and a UG are.

The most important facts are summarised below:

We have summarised a detailed presentation of the differences between a UG and a GmbH in our video:

Arguments for the GmbH-UG.com and the process of the establishment

Instead of the slow and problematic company establishment, establish your German UG company easily with a professional team!

Our corporate consulting office is pleased to assist you in planning the establishment of your enterprise and later, during the operation. Be it strategic planning or acquisition of permits; you can count on us!

2. Verification of your company name at the Chamber of Commerce (IHK)

In order for the chosen company name to be accepted by the commercial court, it is worth having the name checked at the local chamber of industry and commerce (in German: Industrie- und Handelskammer). We have it checked automatically within the scope of the order for you, greatly assisting the successful company establishment and preventing the Commercial Court from rejecting the registration due to its name or its range of activities.

3. Preparation of your company establishment

We prepare the documents required for the German company establishment and arrange an appointment at the local notary. The appointment with the notary can take place in Nurnberg (Bavaria) or in another city of your choice.

Tip: If you cannot or do not want to travel to Germany, you can also establish a UG from abroad.

The German UG company establishment will begin at our office in the centre of Nurnberg, where we will discuss the tasks in a relaxed atmosphere. After this, we accompany you with a an interpreter to the notary where the deed of foundation of the company will be signed. Following the signing of the document, your German company comes into existence as a company before foundation (in German: Gründungsgesellschaft). After the notary appointment, we go with you to open the bank account of the newly founded German UG. Finally, we will recommend an accounting office (Steuerberater) for your German bookkeeping.

5. Registering the German UG at the commercial court and requesting tax numbers

Following the company establishment and the successful opening of the bank account, you can transfer or pay the founding capital of your German company to this bank account. Once it is done, your enterprise can be registered at the local commercial court. Following the commercial court registration, your accountant will request the corporate and EU VAT ID number of the German company and prepare its opening balance. Our office makes the other official notifications arising during the establishment. 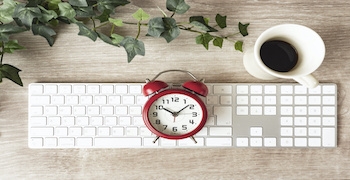 Running Costs of a
Company in Germany